T5 fat burners have been around since the 1900s, and they have their origin in the United Kingdom fitness industry. T5 Fat burners were called the best supplements for weight loss at the time.

These fat burners had so many positive customer reviews and many people wanted their share of these products. The three primary ingredients in T5 burners are Aspirin, Caffeine, and Ephedrine, which people often called ECA.

So, why were they called T5? It sounds like a rather far-fetched name, but there’s a reason for it. First, our thyroid gland produces a hormone called triiodothyronine or T3. It also produces another hormone called thyroxine or T4. Both hormones play key roles in regulating energy and weight.

Triiodothyronine or T3 had more impact on weight loss, such that doctors could prescribe T3to overweight patients who had underactive thyroids. T3 drugs like Tiromel eventually found their way to the black market and were abused by people with normal functioning thyroids.

How does this story concern the T5 fat burners? Well, it’s hard to say. We believe it was randomly picked to follow the sequence, seeing as T3 and T4 have connections to weight loss.

Interestingly, T5 has no connection with the thyroid gland and doesn’t represent any hormone. Rather, T5 has been linked to the three ECA ingredients listed before, which are Ephedrine, Caffeine, and Aspirin. Let’s see what it is about them.

Ephedrine is a synthetic version of ephedra alkaloids known to stimulate thermogenesis in the brown adipose tissue, thereby delivering an average and short-term fat burning effect.

Ephedrine is known to reduce the process and frequency of gastric emptying, boost energy, and keep you wide awake.

It works in synergy with things like caffeine to create the weight loss effect.

Despite its benefits, Ephedrine has been banned in many western countries, including the UK since the 2000s, making it only accessible with a doctor’s prescription.

Ephedrine has also been connected to several side effects and negative symptoms, including Anxiety, Headache, Dizziness, Insomnia, Nervousness, loss of appetite, Dry mouth, Nausea, and Sweating.

Caffeine is consumed so much by humans that it is interesting to think of it as a drug. However, it is. Although it is found in our coffee and other drinks we consume at all times of the day, it is actually a psychoactive drug and the most consumed one at that. However, it is easily accessible and used for its wakening effect.

Aspirin is known to relieve fever, pain, and inflammation and is often available over the counter (OTC). So, why do health, herbal, and weight loss supplements contain Aspirin? Probably nothing serious.

We have worked hard since 2004 to create T5 fat burners that are legal and meet EU food and safety standards while being effective for weight loss.

We have used our ingredients to produce two unique t5 fat burners and also reached the highest possible amounts of active extracts for every gram of ingredient.

The T5 Maxcore is the first fat burner that was created for beginners, while the T5 Hardcore formula is a stronger version for people beyond the beginner stage.

What Are Some Frequent Ear Disorders? 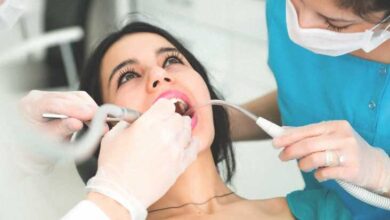 How to Keep Your Health Blog Interesting